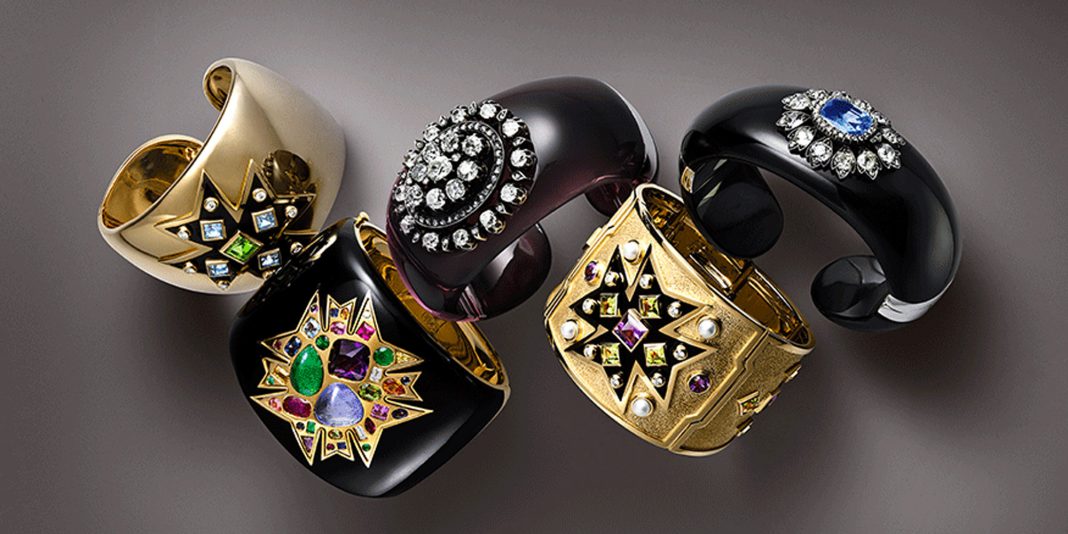 On December 19th, 2014 I had the honor of attending the exhibition “The Power of Style: Verdura at 75”. The exhibition took place at 745 Fifth Avenue, NYC which is where their actual jewelry salon also resides. The number one reason I was looking forward to this exhibition was to see the “original” Maltese Cross Cuffs that were especially designed for Chanel by herself and Verdura. The show exhibited over 200 pieces of Verdura’s original jewels and has since made me a true admirer and hopefully, one day a client. 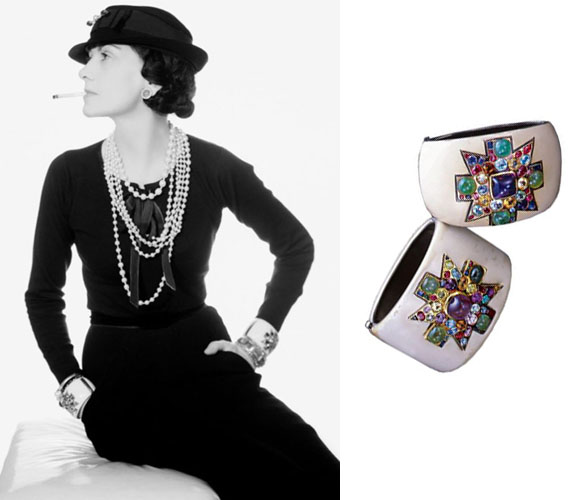 Duke Fulco Di Verdura originally opened the doors to Verdura on September 1st, 1939 at 712 Fifth Avenue, NYC. But before NYC, you could find him first in Paris where he spent a great deal of time with his dear friend, Coco Chanel, which he met at a party in Venice. Their relationship was all about jewelry as both Chanel and Verdura were tired of the platinum and diamond jewelry that was popular in the 1930’s. They set out to design a style of jewelry to compliment Chanel’s less formal approach to fashion. With Verdura’s inspiration from the Byzantine mosaic of Empress Theodora at the Basilica of San Vitale in Ravenna he took Chanel’s archaic jewels and turned them into new pieces that would become world famous. Verdura took the stones and pressed them into yellow gold in the form of Maltese Crosses, first as brooches and then into the world-famous cuffs that Chanel constantly wore.

From Paris, Verdura went to Hollywood where he became a jeweler to the stars. His biggest clients were Cole Porter and his wife and they were also one of  his backers in opening his NYC salon. Along with his already growing client list of celebrities and socialites, he came to NYC with a reputation for extravagant jewelry designs that had an artistic sensibility and daring imagination.

Even in today’s times, Verdura’s jewelry is considered timeless and elegant. I was fortunate to be asked, at the exhibition, if I would like to take a browse through the salon. Of course, I said yes. It was such a fun experience as I tried on all sorts of amazing pieces that were designed long ago but that are still relevent today.