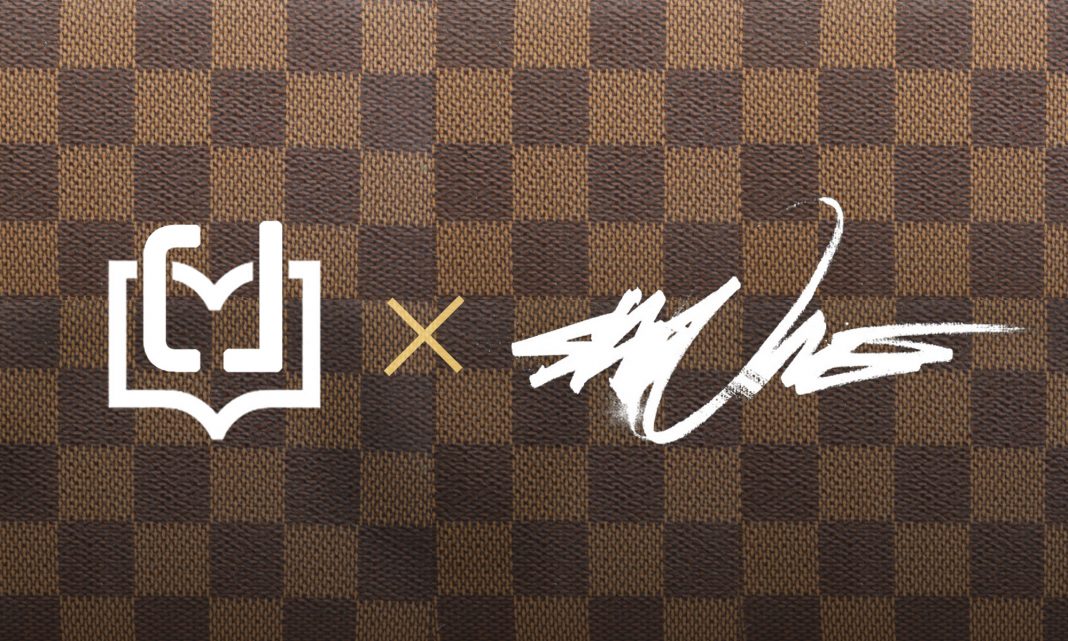 It all started two years ago when my friend Cao, the founder of Wilde Sunglasses Barcelona, introduced me to the art of sheOne. We had been discussing art when I told him how much I loved street art and that my husband and I were budding collectors. The following day, he showed me one of his prized pieces of art, a hand painted Japanese Subway Map by sheOne. I had never heard of sheOne before then but, after seeing the piece I was definitely interested in learning more about him and his work. The next thing I know, Cao was wrapping the sheOne piece back up and handing it to me as a gift. And to this day I can’t thank Cao enough for introducing his work to me. 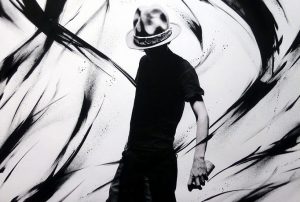 James ‘sheOne’ Choules is a British-born multi-media Artist based in Barcelona. Starting in 1984, sheOne became part of the first generation of English Graffiti Artists to work exclusively in spray paint. His unique approach to Graffiti, which is both expressive and abstract, has brought him international recognition.

I love that he can give inanimate objects soul by turning them into a work of art. From painting large-scale abstract murals to staging gallery exhibitions, all the way to collaborating with Pele on soccer boots. He never limits himself to one specific medium which I think keeps me interested because you never know what he is going to paint next. He says, “his abstract method focuses on using monochromatic colors and the sparse use of space with black paint being used as it’s the closest way to simulate drawing with paint.”

In a past article sheOne was asked to describe his job and his response was, “my job is to make things that nobody has ever seen before.” When I read this I was hooked and felt I needed to learn more about him. I started by buying his limited edition “sheOne: Black Atelier” book which is full of nearly 25 years of his works. And then I started following him on Instagram and flipped out when he posted a couple of Hermes Shopping Bags that he had customized. The more I looked at his work, the more I knew I needed to meet the man behind the art. 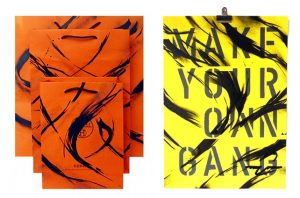 So, a year later before leaving on my yearly trip to Barcelona, I contacted sheOne and set up a time to visit his studio. Meeting him at his apartment/studio was an amazing experience. After a short tour of his place and peeking my head into his closet that looked like a stockroom of a luxury boutique, I ended up in his light-filled studio. The studio was filled with pieces of his work that were either finished or that were a work in progress. He proceeded to pull out pieces of his work, one after the other, and it was just jaw dropping. I ended up leaving with three customized Hermes Shopping Bags and my husband purchased a “Make Your Own Gang” double sided work on paper.

A couple of months after being back from Barcelona,  I had an idea for a collaboration between sheOne and myself. I got the feeling when I was in sheOne’s studio and closet that he might have a love of the fashion world like I do so, I wrote to him and asked, “If I was to purchase a vintage Louis Vuitton travel bag, would you be interested in customizing it?” Right away, his response was, “Yes, for sure.” 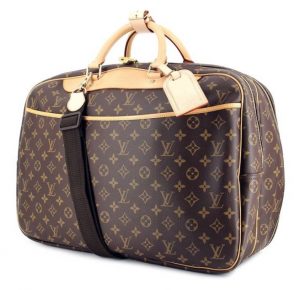 This past June, while my husband and I were in Paris we headed to the 18th Arrondissement to Les Puces de Saint-Ouen which is a very famous Flea Market. My mission was to try and find a Vintage Louis Vuitton Travel Bag. We hit all my favorite stalls, Le Monde Du Voyage, Les Merveilles De Babellou, and a few others, hunting for the perfect bag. And as I was just getting ready to give up, I spotted it, a Vintage Double Alize Bag from Louis Vuitton. It needed a little rehab but it was perfect.

Once I got back from Paris, I took my fabulous find to the nearest Louis Vuitton Store and had it sent off for rehab. Six weeks later it was ready and looking even more amazing after replacing the lining, the zippers, the leather rings that hold the handles, and the piping. Within days of picking the bag up, I packed it up and shipped it to sheOne in Barcelona.

And at this very minute, he is turning my bag into a true work of art that I will pick up in November and be honored to carry, as sheOne’s art is beyond chic.